What is numerology: You do not have to look far beyond your name or birthday if you look for deeper spiritual meaning in life.

It sounds absurd — why would your name be of any spiritual significance? Or your birthday.

While they may not appear to have much impact on the universe at large, numerology can help you find deeper meaning through both.

Numerology continues to gain popularity but is still not well-known by the majority of people. If done correctly, numerology can help people find more profound meaning and purpose in their lives. It is why I am going to share some basic principles of numerology with you and how they can impact your life.

Numerology refers to the belief that numbers have a divine connection with the people and the world around them. Every numerical value has great significance. It is the reason why certain people might notice a particular number during milestones or other life events.

While some may think that the coincidence is random or luck, numerology relies on the belief that numbers have a particular meaning. Every number has some features that influence your life in a certain way.

Although some numbers share similar traits, their personalities are unique. You can use the sum of your birth dates to calculate certain aspects of your personality, life goals, or meaning by assigning numerical values to letters in your name. It is similar to astrology and other divination techniques that attribute certain life circumstances or characteristics to higher powers.

Numerology is very helpful in predictions like when change is most likely or best to stay the course. Numerology can help you determine if it is time to make a big decision in your life.

Numerology’s true origins are, as with many philosophies and practices, a bit hazy. Although many theories about when numerology began, the earliest records indicate that Babylon and ancient Egyptians used numerology so frequently. According to compelling evidence, numerology was also popular in China, Japan, Japan, and Greece thousands of years ago. It is not clear when numerology began, but one thing is sure: it has been around for quite some time.

Despite his foggy background, historians often attribute numerology to Pythagoras, a Greek philosopher. You may have heard of him in your high school geometry class. He was a prominent figure in mathematics development.

We know his life was a mystery, but we know his primary focus was mathematics. Pythagoras wanted the answers to why numbers work the way they do.

Along with many other philosophers at the time, he believed in mathematical concepts more than physical ones. He also believed that numbers were a more reliable source of evidence. They believed that numbers could create a universal language that could be translated to search for truth through higher powers.

Although Pythagoras might not have invented the practice, his theories and discoveries have earned him the title of Father of Numerology.

Numerology saw a decline in practice after the First Council of Nicea, 325 A.D. The Church had rejected unapproved beliefs such as astrology or other supposition studies. After facing so much ignorance, numerology revives itself.

Numerology now includes many branches, which students discovered over the years. The research of L. Dow Balliett, a student-teacher team, and Dr. Juno Jordan had the most significant impact since Pythagoras.

Balliet is known for his combination of biblical references to Pythagoras’ older works and numerology. Although the Church does not recognize the practice of numerology, Balliet made the case that specific numbers hold high significance throughout the Bible. As in the Holy Trinity, numbers three and seven represent the creation of the heavens (and the earth) by God.

Dr. Jones published The Romance in Your Name in 1965. This book provided the keys to calculating numerological representations of one’s birth date, name, and other significant dates. This code enabled even casual numerologists to connect their derived numbers with all aspects of their lives, such as jobs and relationships.

Numerology is gaining more popularity in mainstream culture. We are now able to find out more about how these numbers affect our daily lives.

Numerology is a widely-used concept, but the practice of numerology may differ depending on practicing people. There are many types of numerology. The three main branches include:

Pythagorean, also known as Western Numerology, is a popular system of numerology. The people of the west adopted this numerology so widely. This numerology assigned every English letter a particular numeric value between 1 to 9. Master numbers 11 through 22 are also available. Most of the numerologists consider 33 and 44 as Master Numbers too. This branch uses the individual’s birth date and name to calculate core numbers important to their lives. Chaldean Numerology, a numerology system derived from ancient Babylonian practices, is one of the oldest and most functional systems currently in existence. Each sign is assigned a vibration that determines its number, unlike the Pythagorean system. Kabbalah numerology is rooted in Hebrew culture. It uses religion to find meaning. This branch focuses only on the name of the individual, not the birth date—Twenty-two vibrations and range from 1 to 400. Because the calculations involved in Kabbalah numerology are complex. So it is the least commonly practicing branch of numerology.

Suppose you are interested in numerology or have already decided to do so. In that case, it is essential to determine which branch or variation of numerology you want to use. Your location should not affect your decision. Instead, choose the practice that speaks to you the most.

You can understand core numbers as the essential numeric values of your life; the best way to calculate them is Pythagorean Numerology. Five calculations will give you an overview of almost all aspects of your life. Your name, birthdate, or both are the basis to calculate Core Numbers, and it is believed to impact who you are today.

The expression number and Destiny number are the same things. It outlines your strengths and weaknesses. This number will help you set your goals and lay the foundation for your life. This number is calculated from the numbers corresponding to your full birth name (not a nickname or changed name).

We can say Personality number is a first impression number too. It acts as a natural buffer and determines what parts of you you feel most comfortable sharing. This number can be calculated by looking at the consonants of your name.

This number represents the driving force behind your decisions. The number representing your heart’s desire can guide you in difficult decisions, from career choices to relationships. This number is calculated using the soft sounds of your name to reveal our deepest desires. Heart desired number and Soul Urge Numbers are the same terms.

Birthday Number value, unlike the life path number, is based on your actual birth date. You may have specific talents timestamped into you, depending on when you arrived in the world.

Although calculating your core numbers can be difficult, a numerology calculator can help you learn more about yourself by using numbers. You can even review a full numerology report to evaluate how your numbers impact your life.

Each person’s number combinations are different, so it is best to use a personal assessment rather than a general description.

So please share this article if it helped you. 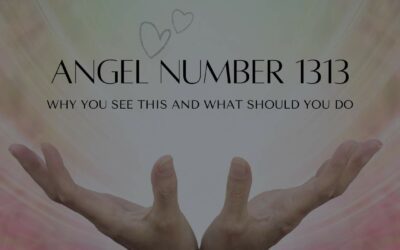